The Summer of My Circus by Steven Friedman 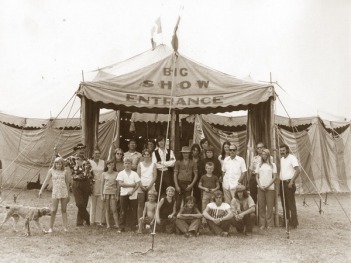 While many people dream of running off and joining the circus, I actually did it. In the summer of 1973, complete with a freshly minted college degree, I left the world of Higher Education behind me and set out to join the circus. No, I didn’t want to be a great performer or anything as glorious as that. You see in college I was Photography major.

When a posting on the campus job board offered an opportunity to join a circus for the summer, I figured it was my calling to do a great photo essay on life in the circus. 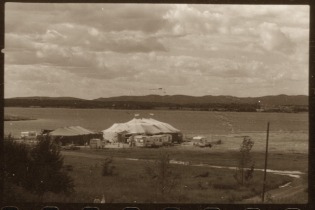 My journey began in late June from Grand Rapids Michigan where I had been living for the past 2 years. Outfitted with my Trusty Konica 35mm SLR, an assortment of lenses and a lot of Kodak TriX film, I headed out to the highway with an outstretched thumb to make my way up across the YOO-PEE (that's "Upper Peninsula" to you non-Michigan folks) and into Canada. My goal was to meet up with the Royal Brother's Circus just outside of Sudbury, Ontario. It was one of the few remaining Big Top traveling circuses.

After a few nights of being eaten alive by Mosquitoes in a nearby campground, I finally saw the long caravan of trucks and campers pull into the appointed site. I told the manager who I was and how I got there from the job posting, and he took me on as a Roust-a-Bout.

Now the Royal Brother's Circus is not your huge nationally renowned circus like Barnum and Bailey. No, the Royal Brother's Circus was a small outfit that still put up a Big Top and played to the small towns along the Northern part of the Trans-Canadian Highway. They would do a show in a small town and then travel 100 or so miles to the next town the following day. Rarely would they stay more than 1 day, so that meant a lot of putting-up and tearing down. The show itself had a variety of people and animal acts. It also had an elephant, that I was told was retired from a stateside zoo, and a chimpanzee that did a Razzberry whenever anyone mention the name of then President Richard Nixon. They had a "big cat" act, and of course a dog-and-pony-show. By US and big-city standards it was small potatoes, but to these small Ontario towns it was world class.